Red Agate meaning, healing properties, and how to use

Red agate is a beautiful form of the agate family. It has many healing properties, including physical, emotional, and spiritual benefits.

Wondering about red agate crystal? This post covers red Agate meaning, red Agate healing properties, and how to use this special crystal.

The red agate meaning is that it represents your inner warrior. It has a strong connection with energy, vigor, and sexual libido. It stimulates your vitality and energy levels.

Red agate is a semi-precious stone from the chalcedony mineral family. It’s genuinely one-of-a-kind since it appears in every possible color.

The mesmerizing white bands or layers that distinguish this natural stone are caused by several types of quartz and other mineral deposits such as manganese, iron, or chromium.

For generations, people wore the red agate stone as a protective amulet against negative energies. For them, the red agate meaning is that It works by encouraging self-confidence and positive thoughts in its user.

Historically, red agate was called the “warrior’s stone” since traditional beliefs say it lights a fire in your heart and inspires you to achieve your goals.

How to use Red agate: Healing properties/benefits

The red agate properties are similar to other agates while having some additional qualities.

Agate can bring yin and yang into harmony. These are the positive and negative energies that sustain the universe and keep it in balance.

Agate is a relaxing and soothing stone that acts slowly yet powerfully. Its various layers can reveal information that was previously hidden.

The red agate benefits include that it encourages gentle self-acceptance and promotes self-esteem. It improves self-analysis and perception of hidden situations. It brings attention to any disease that may be interfering with health or overall wellbeing.

Agates help to boost brain function by enhancing focus, perception, and intellectual skills, which leads to practical answers. The love of truthfulness embodied by Agate encourages the user to speak their truth. Agates with transparent crystals may boost memory.

The red agate benefits also include that it gives you a sense of security and shines a light on any areas of your life where you might be lacking. The red agate properties give you the ability to perceive things objectively and with clarity. It might motivate you to establish goals and organize your finances.

READ ALSO: What is Violet/Purple Chakra? Meaning of the 7th Chakra

Crystal healers and therapists recommend red agate for people who struggle with money management. They believe that the energy of this stone can assist individuals in thinking more logically, which can lead to wiser judgments while dealing with a limited budget. The red agate properties reduce overspending and wasteful habits.

The red agate healing properties remove negativity and resentment from the heart on an emotional level. It soothes inner anger while encouraging love and the strength to start over. It can help with any type of emotional trauma. By releasing internal tension, it promotes a sensation of safety and security.

The red agate meaning is that it works with the heart and the solar plexus chakra. As a result, if you wish to bring a new perspective to your love life, this stone might be an excellent ally. If you’re a little shy in terms of love, this fiery gem may help you gain confidence while accepting yourself for who you are.

The red agate properties cleanse and transform negative energy, stabilizing the aura. It has a profound purifying impact on both the physical and mental levels. If the user places it on the heart, It will cure the emotional trauma that blocks the acceptance of love. Agate promotes the digestive process and treats gastritis when it’s placed on the abdomen or consumed as a gem elixir.

Here are some common questions about red agate and its properties.

A thin line divides Agate and Carnelian, and these two terms are used interchangeably to describe a range of similar stones. They are both from the Chalcedon mineral family, and carnelian is often made up of agate and other components.

Nonetheless, there are substantial differences between both stones.

Agate is a more rigid, coarser stone than Carnelian, which is a delicate stone.

Agate has a dull and jagged fracture, while Carnelian has an uneven, conchoidal, splintery fracture.

Energetically, the red agate properties are similar to those of carnelian.. The frequency of red agate, like that of carnelian, calms and nourishes the heart. It also removes any bitterness or anger that may arise after a break-up. It inspires a fresh start, with an open heart and mind to new people and ideas.

How much is agate worth?

Most agates are inexpensive ($1–$10), but others can be rather costly ($100–$3000) depending on their nature, hues, and place of origin. Tumbled agate is more expensive than raw agate, and those with exceptionally brilliant colors, fine bands, or that are only found in one location are much more expensive.

Most average-quality, standard agates are inexpensive, and their value is determined more by labor expenses and aesthetics than by the stone itself, which is generally sold by weight.

Nowadays, you can buy red agate for just a couple of dollars, and its price depends mostly on its weight. However, the red agate properties make it a very unique stone.

Can agate go in water?

Agate is a type of silicon dioxide, and it does not contain any harmful components. Its hardness scale is 7, which means that agate is generally safe to go in water.

Crystal experts recommend cleansing some crystals in water, but some stones are not water safe. It’s important to do your research before putting your stones in water.

Where is Red agate found?

The most relevant extraction locations of red agate include Brazil, Russia, Australia, Germany, Mexico, India, and some areas of the United States, such as Idaho, Montana, Oregon, and Washington.

Why are agates worth money?

The stone has a low value on its own, but the time and effort required to mine it raises its worth. Stones that are larger or have unique patterns are worth more.

Custom cut parts are also available, however, they can be costly depending on the desired cut.

The color, shape, and cut of the stone also influence its value. The value of the stone will also rise if it has unusual colors. Also, when made into pieces of jewelry, the price of agate stone skyrockets.

How do you pronounce red agate?

The correct pronunciation of the word “agate” implies dividing it into two sounds: AG-UHT (/ˈæɡət/). So, it’s not a-gah-tey but ag-uht.

What is root chakra? The root chakra is the first of the seven chakras. It...
Read more

Can amethyst go in water? Yes, but not for too long. This is a guide on cleaning amethyst without water.
Read more

How to cleanse your crystals with incense sticks

Here, I start by recommending 10 herbs for cleansing your crystals and then I will provide the instructions for how to cleanse crystals with incense.
Read more

What is the Solar Plexus Chakra Color?

The Solar Plexus chakra color is the primary color, Yellow. If you're wondering what...
Read more

Can you wear malachite every day (gemstone)?

Can you wear malachite every day? The short answer to this question is Yes,...
Read more

What chakra is green and what is the meaning?

What chakra is green? The Green Chakra means love, balance, and self-control, similar to...
Read more

How to unlock your Chakras using crystals + bracelets meaning

It is important to know the chakra bracelet meanings when learning how to unlock...
Read more

What is Violet/Purple Chakra? Meaning of the 7th Chakra

The purple or violet chakra is the Crown chakra, and this chakra is located...
Read more 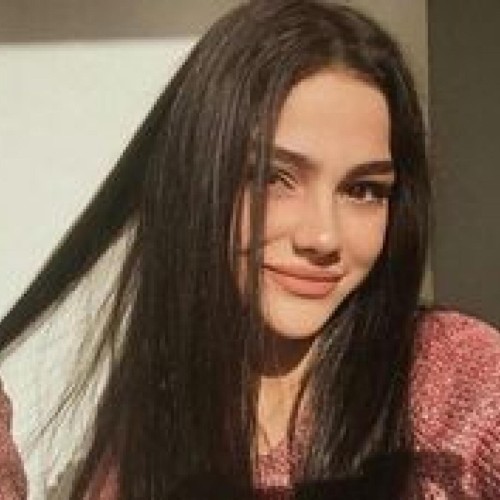 khartfhttps://chakrablog.com
Previous articleWhat is the Solar Plexus Chakra Color?
Next articleHow to cleanse your crystals with incense sticks
Uncategorized